It’s been a while since I attended a conference specifically themed around digital preservation / electronic archiving and having spent a few days last week in Geneva at the excellent European Conference on Archiving I was struck by the change. Not many years ago such conferences were dominated by debate about the technical complexities it posed, about the relative merits of competing theoretical approaches such as emulation and migration and the risks we faced if and when we got it wrong. The fragility of digital media was stressed and compared unfavourably to the durability of their traditional counterparts (encapsulated by seemingly endless comparisons between the original Domesday Book and its 1980s electronic equivalent).

I heard none of this at ECA, at least not in the sessions I attended or the conversations I was party to. Instead there were plenty of case studies from around Europe of organisations who are quietly and successfully getting on with it. On the evidence of the past few days we seem to have found ourselves in the situation where our ability to actually preserve this stuff indefinitely and to continue to provide access to it seems, without much triumph or fanfare to now be taken as read. This is not, of course, the same as saying that no more problems or challenges exist, but they seem to be of a more prosaic, ‘routine’ nature revolving around the need to secure budgets and improve the user experience etc.

More interestingly still if a single concern dominating the conference can be identified it seemed to be one related to the volume of information being created and stored today and estimated to be created tomorrow. I lost count of the number of presentations which contained jaw-dropping predictions of the amount of data soon to be at our fingertips and the challenges this will pose in terms of resource discovery, legal discovery and overall management. But interestingly virtually never its preservation. So, based on the evidence of this conference alone, it seems as though within a few short years we have jumped from a situation where we used to worry obsessively that we were in danger of losing everything to one where we now stress about how to manage a world where we will lose nothing, with barely a pause for reflection on this change.

My other observation was that (my own meagre contribution to one side) there was little or no discussion about the growing impact of the web as a storage ‘repository’ as heralded by the rise of ‘the cloud’. The unspoken assumption behind most of the debate and the projects and initiatives they represented seemed to be that these organisations will always have physical control of the electronic information they wish to preserve both prior to and after its ingest into their electronic archive, but as I tried to stress in my paper, I wonder how safe an assumption that will prove to be?
Posted by Steve Bailey at 20:24

Excellent observation, Steve - I hadn't realised that this must have been the first conference on digital preservation I ever attended where I did not once hear or read the words "Domesday Book"... Still I'd have wished the presentations to be even more to the point. A couple of those I heard could easily have been delivered four years ago. Yes, OAIS is key. Yes, you need to intervene early in the lifecycle when preserving digital documents. Yes, cooperation is crucial. But I seem to have missed the really innovative insights.
However, I think you are right to point out that the utter absence of panic and horror scenarios might be the most important outcome of the conference.
At any rate thanks for your keynote which was among the most inspiring contributions of ECA!

Was there comment on long term preservation of digital records? How can we keep digital records for decades without encumbering successive generations with the need for new media, operating systems, application software, output drivers, etc?

No, as I tried to indicate in this post, that was what most struck me about this conference - the lack of any debate or apparent concern about the mechanics of digital preservation: hence asking the question as to whether it is because this is now seen as 'routine'.

I maybe wrong but the unspoken assumption seemed to be 'yeah, we can keep this stuff accessible without much problem and are doing it already', leading to the next problem: how to cope with the volume of information that this will inevitably generate

Isn't it a little too early for people to assume the problem is solved? Let's see if that electronic adoption record is still available 50 years down the line before we start breaking open the champagne.

I found this Scientific American post via The Long Now Foundation: http://bit.ly/bGLhzX...I think it provides good data around the issues you raise here and puts them in the larger cultural context, not just their technological one.

Steve, thanks for an interesting post. I wonder whether a more relaxed attitude toward digital preservation belongs to the records managers rather than the archivists. My take on the UK SoA conference last year was that archives are still not getting to grips with digital preservation.

I think the reasons you don't see technology answers to the "long-term preservation" question is because there are so many variables unrelated to technology. With digital property preservation, geographic dispersion and an ability to verify the accuracy of data (and the media it's stored on)is a starting point. Then you have to consider people with access to the property and their ability to accidentally or maliciously alter/destroy the property. File formats and recoverability over long periods of time are more related to the current penetration in the marketplace and future financial reasons someone would create conversion methods - for example: a format like .pdf will have a long extinction cycle. But unrelated to the basic technology is the financial viability of the ones doing the preserving. Budgets for archiving, long-term viability of vendors relied on for services, internal personnel redundancy and on-going capabilities to access data, democratized input capabilities, repository consolidation and the ability to relocate property, etc. There is always a balance between business practicality and preservation. With infinite and perpetual budgets, decade over decade preservation is possible - but it will never be a simple technology solution. --- For many, the best bet is the cloud. A viable cloud vendor with a diversified/residual client base will have financial capabilities (recession resiliency - no dependency on one large client) and the incentive to stay on top of technology issues. - Steer clear of high growth market share grabbers who haven't proven profitability or a commitment to long-term preservation - Read your T&C's more closely than your tech specs with these guys.

Steve thanks a lot for your post. It is really wonderful thing, whether a more stress-free approach toward digital preservation belongs to the records managers than the archivists.

Sorry it is in french (but Google translation do miraculous...).

Enjoyed reading your post. I do think that digital archiving is a very functional way of maintaining a long term, proper records management system. 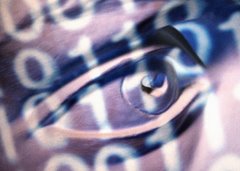 Looking ahead at the future of records management